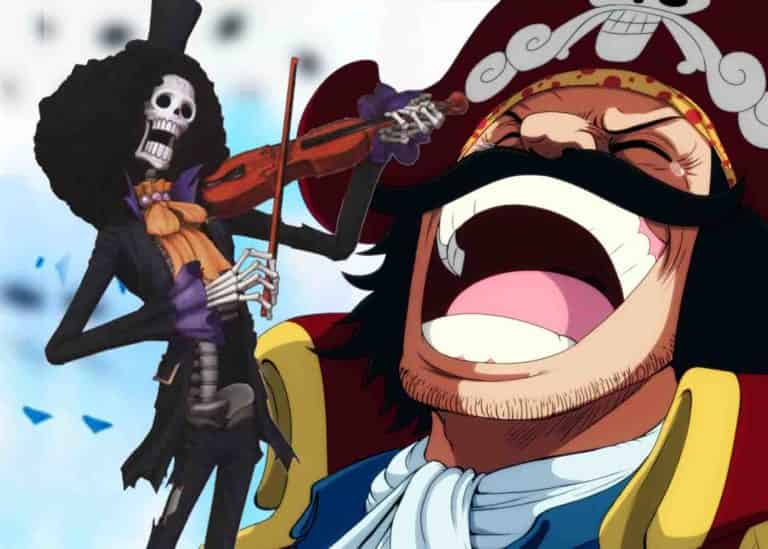 The final island is the destination that every pirate in the One Piece story dreams of . This island was first mentioned when Gol D. Roger was about to be executed by the navy, where Roger mentioned that One Piece really did exist and he also put all of his treasure there. Since then, the spirit of the young pirates to find the Last Island has emerged.

The name of the last island was later discovered to be Raftel. However, it turns out to be a pronunciation of his real name, Laugh Tale. In Kozuki Oden’s flashback, we are then explained the reason why the island’s name is Laugh Tale, which Roger gave the name after he laughed at what was found there – possibly the One Piece Poneglyph.

To get to the last island, it takes a very hard effort from a pirate. They have to gather about directions and information on the routes that are passed through the Road Poneglyph, which is very mysterious and difficult to find. Apart from having One Piece, of course what is still a mystery is why Laugh Tale is so hard to find.

With the romanization of the island’s name as “Laugh Tale”, this may have something to do with the last lyric in Brook’s song Bink’s Sake, “果 な な し あ て な し 笑 い 話” which can be interpreted as “a funny / silly story / endless laughter” . It is no coincidence that the lyrics for Bink’s Sake’s “funny story (Laughing Story / Laugh Tale)” have something to do with the last island.

There is also a possibility that the song Bink’s Sake itself was composed and written by Joy Boy, the first pirate, to provide clues to finding the island of Laugh Tale and bringing big changes to the world. Indeed this is just a theory, but if then this is true, then Laugh Tale itself is an island that runs like Zou. Because the translation of the lyrics says, “never ending, to keep going, the story / island (tale) of our journey is funny.”

The song also describes leaving Laugh Tale for the last time, “金波 銀 波 も し ぶ き に か え て” which can be interpreted as “waves of gold and silver waves alternately wet each other.” Sunrises and sunsets can cause “golden waves” and this may be a clue to being able to enter or leave Laugh Tale.

Another lyric in the song is “明日 も 月夜” which can be interpreted as “tomorrow is a moonlit night”. Based on the simple conclusion of the entire song, it is possible that Bink’s Sake provides a clue that accessing the island can only be done when the sun sets or rises when the full moon occurs. Maybe this is the reason why Laugh Tale is an island that is almost inaccessible, except with the assistance of the Road Poneglyph, where the Road Poneglyph will provide instructions on when is the right time each month to be able to access or to be able to enter Laugh Tale. According to scientific research each month this gold and silver wave only occurs for 24 minutes. If we don’t have a clue when the gold and silver waves will occur, it will be very difficult and likely impossible for us to find the existence of Laugh Tale. This also adds to other factors that make it difficult to find the position of the island, for example the presence of fog and so on.